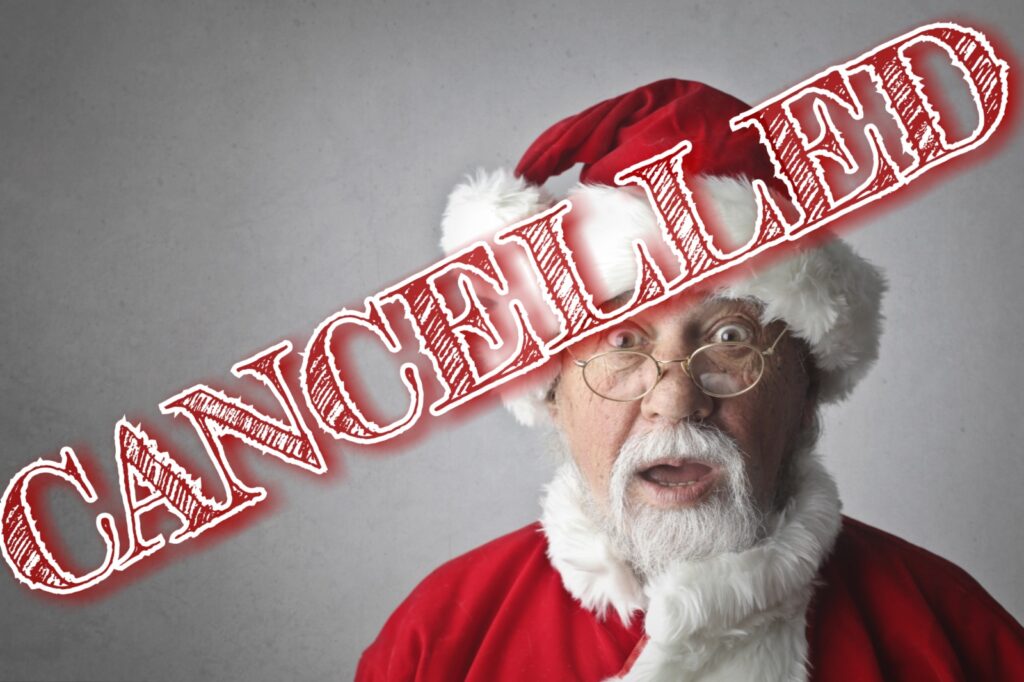 Christmas parties are an important event for all businesses. Looking past the controversial aspect of this time of year; stopping for 1 day, enjoying one another’s company, and celebrating as a team for all the amazing accomplishments achieved throughout the year curtail for a team’s morale.

Throughout the year your team will accomplish so many amazing tasks and overcome countless obstacles. Allowing your team to celebrate together, vent, commiserate, and laugh about the past year. It’s moments like this that allow a team to grow and bond; so it’s crucial you DON’T CANCEL CHRISTMAS!

Out of respect for this company and their countless talented team members, we won’t name the parties involved, but it is important to learn from them.

This large company operated 4 locations around the state, due to the nature of their business they worked through all holidays and through the holiday seasons. As they worked through the holiday season they would always set their staff Christmas party for late February to March; this would be the one time of the year all their business venues would be shut, allowing them to come together as one powerful team.

Each location they operated had its own amazingly talented team, but there was never a time for the locations to meet one another and bond as one amazing team.

This Christmas party would always be something their team would look forward to. However, this one year… they canceled Christmas! They had planned a series of events to be done outdoors, but due to bad weather, they chose to cancel their Christmas party. Rather than finding an alternative option for the event, they canceled it all.

Now to many, this may seem like such a trivial thing for people, but it’s the fallout of this is that we should all take heed of.

Within 8 months after they canceled their staff Christmas party, nearly 20 months after the last full company gathering, the company had over 6 key team members resign from the company. Many of these individuals had been within the company for 4+ years, a lifetime for this company.

By them canceling this Christmas event, this act highlighted the lack of care these team members felt from their employer. At no point was an alternative option considered; no dinner and drinks at a pub, nothing. All locations had planned to be close early, staff arranged transport to the location, but due to bad weather, they canceled it all. As employers and managers, we ask a lot of our team. Come to work despite the weather, come to work while feeling slightly ill, give 48+ hours a week to being present at work, often take outside of work hours phone calls & e-mails and so much more. So as an employer the least we could do is show our employees how much we care and appreciate all they do for us. This is why it’s crucial to have a staff “Christmas” or holiday party. We need to show them how much we value them. Allow them to rally together as a community. This is how we can strengthen our team, allow them to bond, reach new heights and so much more.

In business we will always have obstacles to overcome, successes to celebrate, and losses to grieve. It’s only by having a strong, united team with a healthy bond that we can overcome, grow and succeed.

By ensuring you take 1 day out of the year, to stop what you do and just say thank you to your team carries such an immense benefit to your team.

If the above company, in the case study, had taken the opportunity to change their day’s plan, go out to a pub, or even bowling rather than cancelling everything; they could have improved the overall well-being of the company’s morale, boosted each location’s moral and reduced the high staff turnover.

The act of cancelling the event, without a rescheduled party, reinforced the negative feelings many of the staff already had about the organisation. They felt unappreciated, undervalued and just plain taken for granted.

So when it comes to planning your next end-of-year party, or whatever you want to call it, remember your team and company will be better for it. If seeking external help, ensure it’s with someone who will take the time to learn who you are, offering an assessment of your team, or by finding out some added adventures to spice up your day.

Ultimately it’s in your hands, only you can answer this question; Do you value and appreciate your team? If the answer is yes, then make sure you stop and let them know it!